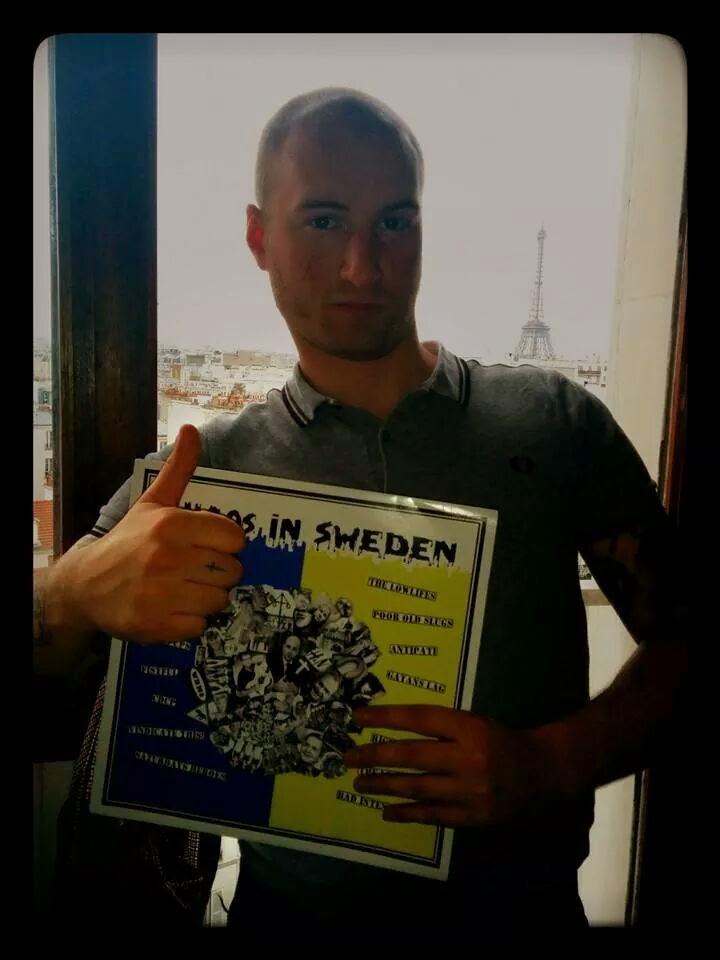 Victor is a young skinhead singer and gig promoter from Paris, with tight pants, a strong voice and the heart in the right place...


Hi Victor. You played Malmö this spring with Maraboots in what became one of your last gigs... I thought you guys rocked! Did you enjoy yourself and what did you think of Vindicate This! and Gutter-fucking-snipes? And tell me a little about why you split up Maraboots?

We had a great time with Maraboots in Malmö even if that ended pretty bad with the police at the end of the night (skinhead way of life innit’?/ed.). I'd Like to thank in name of Maraboots once again all the great people we met there , and that shared with us a moment wich was clearly one of our last, as a band. We were surprised to play with Guttersnipe because it's one of our all-time favorite bands and we all thought they didn't played anymore !! Lots of people there in Paris were jealous and therefore we're gonna try to bring them to Paris for sure ! Vindicate This was one of the latest good discoveries for us and we were honoured to play with'em , great band , great people. When we came to Malmö, we already knew that it will be one of the last Maraboots shows as Mathieu (original bass player) and Vincent had already planned to move to Australia for some years. So that's mainly why we stopped playing. The band was going slow and without the original core , the band won't ever be the same...

You seem to be very busy with Lions law is that correct? What are the plans the nearest future, releases shows and so on?

Maybe this is part of Maraboots ending because that's true we nearly play every weekend with Lion's Law. We try to enjoy and take advantage of all these invitations all around the world ! We already recorded 8 songs that'll be out soon on a 10" , we're actually working on the cover. There may be some split 7" out during 2015 too.. Keep posted!

I know you also started some other projects tell us about this...

Well , i'm always up to do some Oi! Oi! Music , So i can't resist when someone ask me to start another band. I've got lots of band projects now, the main act is called Rixe, french-singing (what i like most and what i'll miss without Maraboots) Nabat-like band. We have a rough 80's sound, the idea comes from Max (guitarist of Youth Avoiders) , i hope we'll be able to make you listen to something really soon. I also recorded 2 songs with a Portuguese friend in Lisboa when i was on holidays , this must be out soon on a 7" on Bigorna Records, the band is called Atlantes.  But my biggest wish is to start a new stuff over Maraboots ashes , with Nico (drums) and Alex (saxophone).. Come on guys !!!

When did you get in to punkmusic and when did you realise that Skinhead was your way of fucking life?

I had the chance to grow up in a "Rock'n'Roll" family, my father listened to Slade and my brother were big AC/DC fans. When i was 12, my brother gave me an ACDC and a NOFX tape, these were the only one i've got. But France is not a "Rock country", even more in Paris' suburbs at school so "rockers" stayed together and we started to go to punk shows with the craziest guys in school and met some redskins and some Sharps in punk gigs. When i turned 15 i shaved my head and started as a young red-skinhead. In Paris there was a big war between RASH and SHARP , older people from RASH Paris used to tell me that SHARP Paris were nazis and greyzone... Wich was obviously NOT true at all. So when i realized that.. Well i left this gang of liars to embrace true skinhead culture with the rest of the boys and girls.


With Maraboots your were SHARP and also with Lions law you seem to take a stand against the ultra right and fash... But you guys still seem to like som more "incorrect" kind of bands and happily pose in their t-shirts. Have this caused you any missunderstandings or problems?

Of course, this started when we did a rip-off of an EvilSkins song as our anti-racist anthem , you understand the irony in it? We're french Oi! lovers and we are SHARP and decided to take a stand against racism as bands and as individuals, but we all know what we think and therefore we allow ourselves to wear t-shirts of bands that were not "politically correct" in the 80's but no racist stuff. And the 80's were what they were, we can't imagine and compare those days to nowadays. I don't think there's nothing wrong in it if you stay true to yourself.

You also seemed to get in some silly internet fight with the usual cunts... Tell us about this!

Well, i don't Like to argue over internet but of course some of my mates couldn't help themselves when people started to talk bullshit after i appeared in Beyonce's vidéoclip (fucking pride I would do the same if asked for Swedish equivalent Veronica Maggio!/ed.) , i agree it's really awkward situation but that was acting...plus that was a pretty funny story.. I don't care about what people do in their private life , if they love to dress themselves as Orcs during the weekend or if they love to wank themselves in their boots , i don't care , it's their private life!

In your old webzine you and Silvio reviewed Vindicate this! and said something about one song got you the feeling of being about "the end of a homosexual friendship" or something like that. Did this song have a strong personal effect on you?

As i didn't wrote the review about Vindicate This! , i'll ask my old friend Silvio to answer it . Just wanna say that i miss those webzine-days !

Silvio: - Well it wasn't me either, it was actually Mathieu, because we were 3 persons involved in Vengeance. It didn't remember that he said that one of Vindicate This! song reminded him of "the end of an homosexual friendship", but you should take that as a compliment I guess, because we loved homo-oi! when we were doing Vengeance. We were like writting tons and tons of bullshit all the time, it was never too serious. I do remember though that we said about a lot of band that they had a "homo" sound. That's basically how we would explain that a band sounded melodic. To us, Lion's Law was an homo-oi! band, Maraboots as well, for exemple. We actually had some kind of a ladder to describe how melodic a band was, going from "homo" to "faggish", faggish usualy being reserved to extremly homo-erotic "white ballads", Sleep Well My Brother by Ken & Stigger being probably the most faggish song we ever heard (fair enough although a bit dissapointing – was hoping you bursted out in tears sitting listening to the record/ed.).

What are your favorite bands, past and present (and all kinds of music if you like to)?

To be honest, that'll be a eclectict list as long as a hobbit's foot , but i'll try to sum up. I surely don't list all but for me classics are :  Warzone , L'infanterie Sauvage, Rose Tattoo, Snix, Zakarrak , Champion , Komintern Sect, Roots & Boots , Caméra Silens ,Nabat, True Colours , Survet Skins , ACDC , Cobra, HardTimes.
Nowadays i'm in a big American-oi! period: So i'd say Battle Ruins, Hammer and the nails, Noi!se, Brassknuckle Boys , Patriot, Victory. In Europe i sure keep my ears on bands Like Rude Pride from Spain , Grade 2 from England and now their compatriots from Last Crusade. From France you have to listen to Traitre (Lille) and Syndrome 81 (Brest) (played Malmö – loved them/ed.)but apart from these bands i'm really waiting for some new typical french oi! , it's been boring nowadays!

You also put up gigs right? When will you book Vindicate This!? Tell us about what you have arranged and your future plans.

Good question ! We'd love to but we're actually having a rough time organizing gigs , money issues, venue issues (the biggest problem) . Otherwise gigs in Paris nowadays goes really good , people show up and don't start stupid fights as they used to do ten years ago! Our scene is clean and good!

I've noticed on lot of your pictures from gigs that people stage dive a lot. Is that a common skinhead pride in France?  In Sweden it’s mostly associated with hardcore of the Schyman Era (Gudrun Schyman is a Swedish politician, a bit like our Thatcher except she is generaly good and she never really had any power).

Oh Well , i've always seen people stage diving in Oi! gigs in France , it is surely related to hardcore but it's now part of our scène too!

Of course ! But i still don't understand a shit of it ! I'd say Projekt 9, Antipati , Gatans Lag , Perkele , Agent Bulldogg , Sabotage, Guttersnipe and Vindicate This !

Could you think of having a Pitbullfarm poster on your wall at home?

OH HELL NO ! I hope this answer is pretty clear!

Do you like the system? I fucking hate it... Do you have any theories or practical tips for me about how to overthrow it or should I just forget it and go back to my oi!oi! records and drink some beer?

I think the basics of being a skinhead is, as Criminal Class said it before , fighting the system of course. We may seem useless as we don't take a political stand but being out of the norm is already a big fuck off to modern society ! I personally am being pessimistic about society, everything's going wrong ... Beer is a good cure to forger these problems, but not to solve them..

Do you like Rancid and have you heard their latest record?

I Like rancid and i think the last album is good but for me the best thing they have ever done was covering NOFX on the Rancid/NOFX split !!!

Any final words for the Swedish punk, skin and herbert community?

I can't wait to come back to Sweden , to play or maybe in May in Malmö for the oi! Gig ! Keep on doing excellent bands. All eyes and hears and headed north . 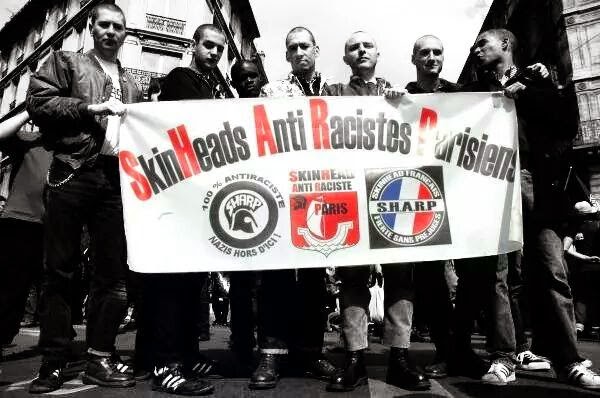 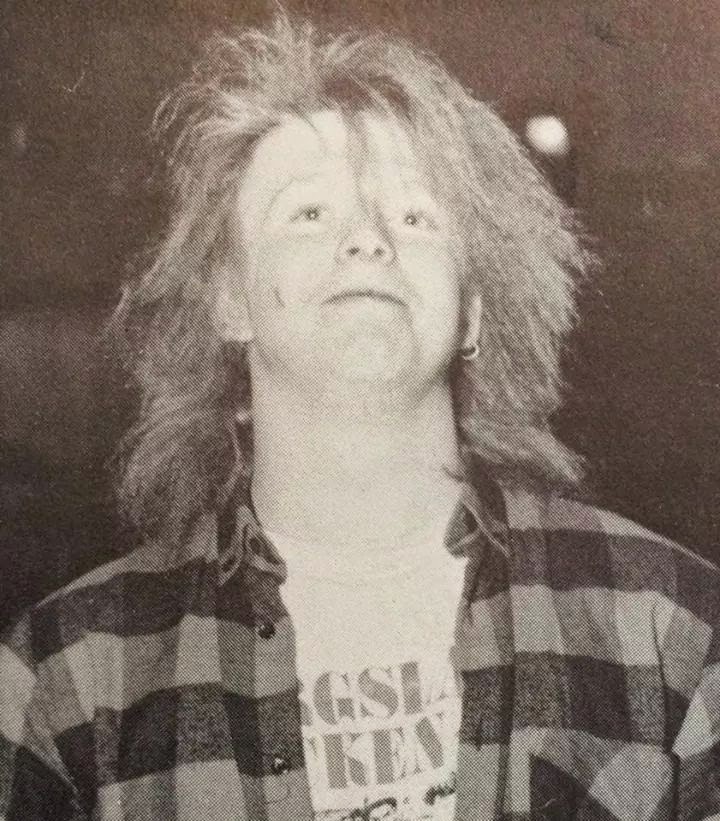 D The sound of silence 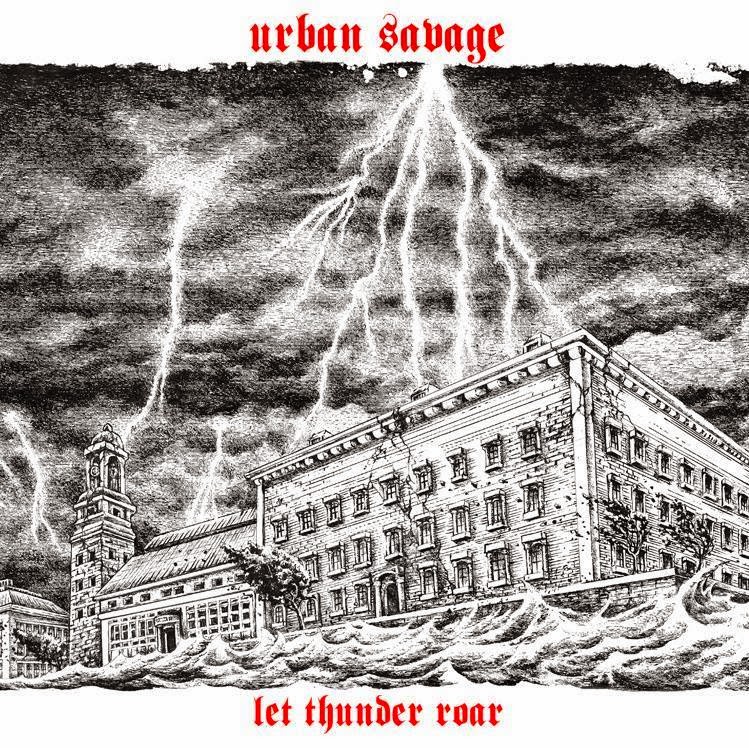 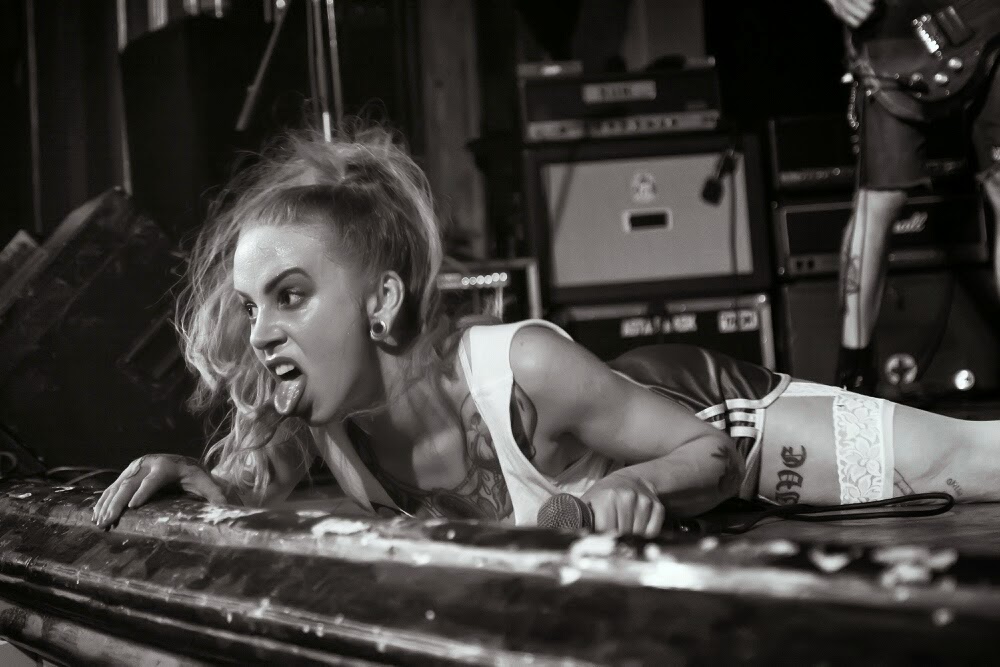 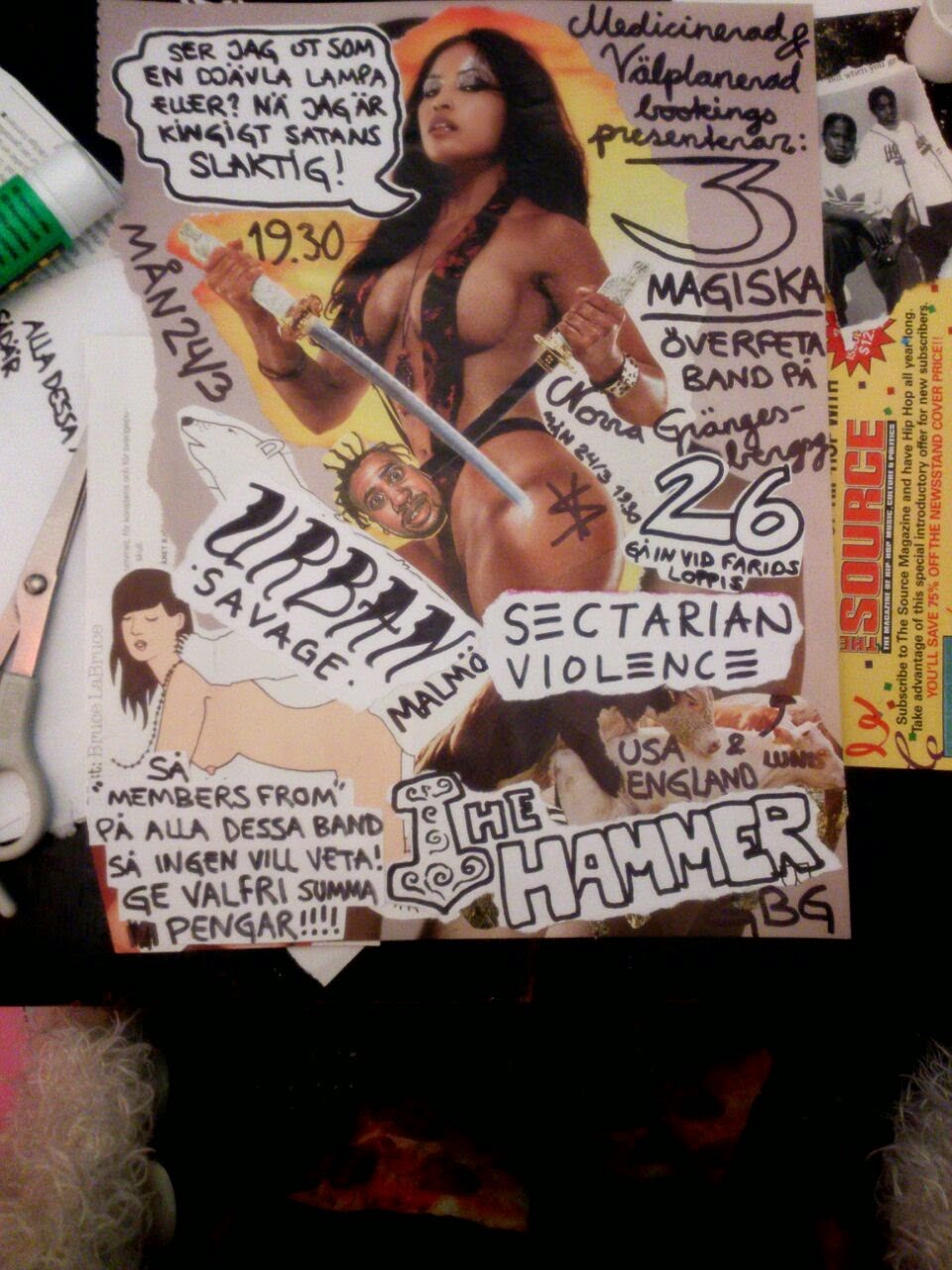